What were the biggest stories in retail finance in 2022? 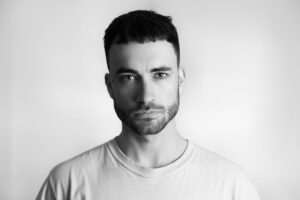 It’s been a rollercoaster year in the world of retail finance and Buy Now, Pay Later.

The industry has been through many ups and downs – from the dawn of new regulation, to another recession, and countless interest rate changes.

Let’s look back at 2022 and highlight the key moments from an exceptional year in retail finance.

The first significant challenge this year came in February, when the Russian invasion of Ukraine shocked the global economy.

Since then, many Western countries including the UK have slipped into a recession, with the worst effects felt in multiple ‘cost of living’ indices. For many people, it’s become very expensive to pay for everyday essentials like food, rent and energy.

This has caused retail spending to decline, with practically every vertical feeling the impact in some way. In September 2022, the ONS reported that retail sales fell by 2% throughout the summer, ending the year 1.3% lower than their pre-coronavirus levels.

For those invested in retail finance specifically, this has set alarm bells ringing. Lower consumer spending generally means that many retailers and merchants have had to tighten their belts.

In the worst case scenario, the decline in spending – often coupled with other issues such as supply line problems and staffing costs – has forced some retailers to close their doors for good.

But it’s not all doom and gloom…

Despite everything, retail finance continued to soar

While spending may have declined generally, the number of payments made through retail finance, and the value of payments processed increased considerably between 2021 and 2022.

Data from the Divido platform shows that from 2021 to 2022, the average total of activated credit increased 26.5% YOY.

The number of monthly transactions made through the Divido platform also increased 16.6% YOY between 2021–2022.

One of the most significant increases this year was seen over the Black Friday weekend. The number of transactions increased 50% this year, despite Black Friday coming at a particularly tough time for household budgets.

This shows us that more consumers than ever were using retail finance to complete their purchases. Indeed, it seems that the cost of living crisis is incentivising more customers to exercise finance options such as short-term credit and “Buy Now, Pay Later” (BNPL) as a way to manage their budgets.

A report this year from Juniper Research speculated that short-term credit options may represent $1 trillion in sales by 2030, with the number of users increasing to 900 million globally by 2027.

On 20th June, the government made its first, long-anticipated announcement concerning regulation of Short-term Interest-free Credit (STIFC) and BNPL products.

This process had started in February 2021, when the government published The Woolard Review. Noting that the credit market operated within a loophole in the 1974 Consumer Credit Act, the Review outlined some of the potential issues within this payment sector.

The government consulted with numerous providers of BNPL and STIFC, including Divido, in order to outline a regulatory framework that would benefit both consumers and payment providers.

Their June announcement clarified several things. Firstly, that full regulation is expected to be implemented in mid-2023. And, more importantly, it mentioned some of the proposed rule changes that will come into effect. These included:

Later in the year, the first regulatory change took effect, when the government handed over regulatory authority to the Financial Conduct Authority (FCA), with the Financial Ombudsman acting as a point of escalation.

At Divido, we believe regulation will be a positive step forward for the industry. By levelling the playing field and stopping so-called ‘cowboy’ lenders from offering loans to consumers who can’t afford to pay them back, regulation will improve perceptions of the industry and help to make retail finance lending more sustainable.

Big businesses started to get involved

At the end of 2021, the retail finance space was dominated by plucky start-ups and fintechs – with Divido being one of them.
But by the end of 2022, the shape of the industry had changed dramatically, with many big banks and tech companies throwing their hats into the ring.
One of the biggest companies to get involved was Apple. Their new ‘Apple Pay Later’ feature, which will be integrated into Apple Pay, will be backed by Goldman Sachs bank.
But they weren’t the only ones. Virgin Money also announced they would be offering a deferred payments programme with Virgin Money Slyce, Barclays partnered with Amazon to power Instalments for Amazon, and Natwest also announced that they would be starting a retail finance scheme.
These big banks bring a pedigree of lending and strong balance sheets to lend from. This is good news for consumers, as it promises a mature approach to risk and robust affordability checking, meaning a lower risk of defaults.
At Divido, we work exclusively with Tier One lenders to ensure a regulated-by-design model that offers the highest possible degree of consumer protection.
Tier One lenders are also protected from sudden fluctuations in interest rates, like we have seen this year, because they are able to lend from their own balance sheets.
This means they can offer competitively low APRs to consumers, even maintaining the ever-popular 0% interest model that has become popular in Buy Now, Pay Later.

Investors backed off and valuations stumbled

This year saw several of those aforementioned start-ups come up against some tough economic conditions.

One of the biggest stories of the year was that one major player lost a whopping 85% of its 2021 valuation, and several other companies saw their market caps constrict too.

Some chalked this up to regulation, which they saw as an existential threat to Buy Now, Pay Later providers at the lower end of the market. Others pointed out that, since these businesses often borrowed from central banks, fluctuating interest rates would cripple their zero-interest lending models.

What’s been happening at Divido?

To put it bluntly, 2022 has been an extraordinary year for Divido.
We started the year by appointing a new CEO in the form of Todd Latham. Previously of Currencycloud and Amex, Todd brought not only a charming personality and people-first approach to Divido, but a deep understanding of the payments industry. Our growth this year, despite tough conditions, is a testament to his leadership – and this is only his first year!
We also bolstered our C-suite with the appointment of Helen Aboagye as Chief Marketing Officer, and Gaz Lloyd-Owen as Chief Product Officer. These appointments demonstrate Divido’s commitment to developing our world-class platform and creating a fantastic ecosystem of lenders and merchants.
Speaking of lenders, we also signed a new partnership with Novuna. This offers merchants acceptance rates of up to 76% through the Divido platform, while existing clients of Novuna can benefit from access to the world-class Divido platform.
We also have a number of other partnerships in the pipeline – keep your eyes peeled for these announcements coming in early 2023!
All in all, it’s been a fantastic year for us at Divido, and the world of retail finance. We have no doubt 2023 will be equally as brilliant. Stay tuned to the Divido blog for more news from the world of retail finance.
Have a Happy New Year, from all of us at Divido!